Atlassian Jira – Things to consider for a successful data migration

HomeCloudAtlassian Jira – Things to consider for a successful data migration 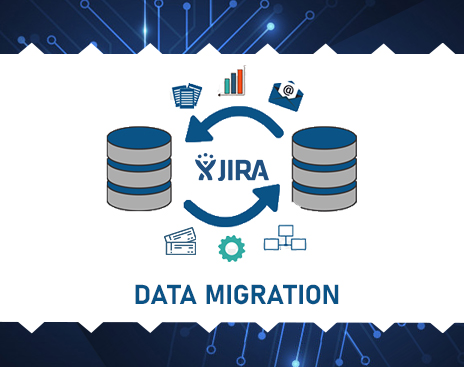 Data migration is a tedious process when comes to moving data between two Jira instances.

Most of the time it gets harder when there is data already exists in the target instance where site restore won’t really help.

So, we have to go with the project import tool to import the projects from source Jira instance that comes with a list of limitations. After several migration experiences, we came up with a list of things to be considered and prepared before starting the migration of data between Jira’s

The following document will walk you through the pre-requisites and steps to be followed to complete an error-free and successful data migration.

Planning the migration will give the team clarity of what to do when to do and who will do it. Also, it saves time when dealing with a large set of data.

Most of the time projects share workflows and other project related schemes such as issue types, screens, and fields. Grouping the projects based on workflows could help admins migrate a list of projects as a batch that shares the same set of workflows. Because workflow issues are difficult to deal during importing since it involves a lot of manual work such as status/transition ids, names, field screen ids, custom field id conflicts that need to be edited to match up with the ids in the target Jira instance rather than dealing with any other issues such as custom fields and custom field options, etc.

We will talk about how to export, edit and import workflows from source Jira to target Jira later in this document.

In case of data migration between lower version to higher version, it is always a best practice to site restore the source data into a temporary instance and upgrade the temp instance to the same version as the destination Jira instance to avoid unexpected errors and blockers during migration.

Once the upgrade is completed backup the site. This will be the backup we will use for the project import in the destination Jira instance.

Setting up a dummy project for Migration

Since we are migrating the data from one Jira instance to another Jira instance using the import project tool, it is required to create an empty project with the same name and project key with the following setups in place. Note that the project key should be unique. If the key already exists in the destination instance, the source key should be changed or a new

For a project that is to be migrated, it is necessary to create a dummy project with all its schema associations configured for the import tool to successfully import issues and its related data into the project.

When we create the screen schemes and workflow screens, we most probably create all the necessary custom fields that are used in the project which will reduce the number of validation errors during project import.

For the project to be migrated, list down all the issue types and make sure they already exist in the destination Jira instance. If any of them is not present, go ahead and create one in administration > issues > issue types > create issue types. Issue type names are case sensitive and make sure you leave no extra spaces when creating new ones

The difficult one among the above schema configurations is workflows especially when the workflow is complex and includes validations, conditions, third party plugin post functions, etc.

So, we broke it down into simple steps on how to export a complex workflow from one jira instance and import it into another Jira instance.

Creating this issue type screen scheme prior to the project migration eradicates project import validation error such as issue type associations with the issues.

Set up project roles for the users that are part of the project, so that while validating the migrated project, users will not face any access-related issues. Create users in case the user is not present the destination instance. Create necessary roles in the project roles section of administration page in Jira

Set up the permission schemes which enable necessary permissions for the users involving in the project when validating or working on the migrated project. The right set of permissions avoids issues such as transition errors, sprint management issues, etc.

Refer here for the project configuration documentation as per Atlassian

There are some errors that block the import or import with errors and missing data which should be overcome by making some database changes. It is better to do it beforehand in the Temporary instance database. Because when we face such errors, we have to make the changes in the temporary instance, then redo the backup, push the backup into the destination instance folders, which cost a lot of time and double work. Below are some of the possible Database errors that could cause import failures.

Caution! – It is always advisable to have a copy backup of both source and destination instances for safe migration.

SELECT * FROM customfieldvalue WHERE issue IS NULL;

DELETE FROM customfieldvalue WHERE issue IS NULL;

Moving the backup from Source Jira to destination Jira

Backup the temporary instance and download the.XML back up file. Note that this back up does not include the attachments

Push the backup file into the import folder in the home directory of the destination Jira instance.

Attachments are stored in <jira-home>\data\attachments directory. Move it to <jira-home>\import\attachments. Make sure the attachment folder has the necessary read/write permissions enabled. Otherwise, the import fails with there are attachments that cannot be imported.

“There are ‘1’ required user(s) that Jira cannot automatically create” – This is due to a required user(s) where there is no real user exists but refers to a null value in the XML file. For a Linux/Unix based system run the below command.

Unzip the file and edit the entities.xml file to remove all occurrences of assignee=””. Note: If you’re using an Unix-based operating system, you can run the below command on a terminal window.

Zip the backup back together before rerun the project import with the fixed backup.

That’s it! Now we have everything set up for Project import.

Importing project from the backup

Login as administrator in the destination Jira instance. Go to System > Project import

Enter the file name of the backup. For example Jirabackup.zip  and click next.

Choose the dummy project created. Click import. Review the validation errors. At this level, we have already cleared some of the issues during the prerequisites above which causes redoing and time-consuming. Now if there is any validations error such as custom field name, user group creation, custom field options, etc. can be fixed within the destination instance and proceed to import.

Once the project import is success full, validate the number of issues, attachments, components, and versions created.